Ultimately, it was the film industry which put an end to the decades of discussion about the bikini as a suitable swimsuit for women. The James Bond film “Dr No”, which premiered in London in October 1962 with Sean Connery in the leading role and which came to West German cinemas in January 1963, made the bikini socially acceptable and poured oil on the morally troubled waters about this rather minimalistic item of clothing up to that time. The first Bond girl in history, the Swiss actress Ursula Andress, emerges from the sea wearing a cream-coloured cotton bikini in a scene which has become legendary in the meantime. The first James Bond film not only helped the bikini to gain international acceptance and popularity, but it was also the international breakthrough for the two actors playing the main characters. 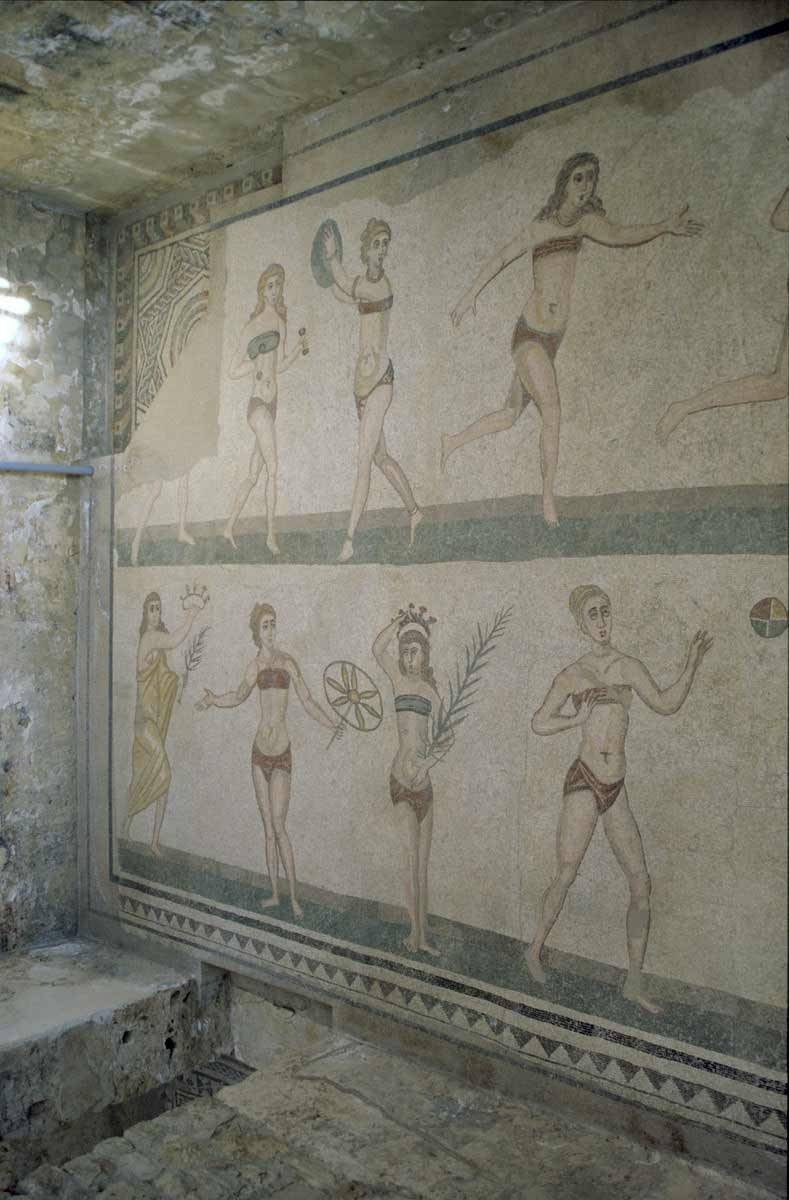 A long time ago in Italy...

Now the bikini is nominally an invention of modern times (however, we’ll get back to this later), but it is a fact that two-piece swimwear was already known in Italy in ancient times. The mosaic “10 Ragazze” (in German: “10 Mädchen”, in English: “10 girls”) comes from the Villa Romana del Casale (Sicily, 3rd/4th century AD) and shows young female athletes in bikinis. In the English-speaking area, the protagonists of this mosaic are then also designated anachronistically as “bikini girls”.

And images of a goddess wearing a kind of bikini and flanked by two leopards were even found very much earlier, in the Neolithic settlement of Çatalhöyük in today’s Turkey, dated at approximately 5,600 BC. Likewise, there are women portrayed on Greek urns from the 15th century BC, who are wearing two-piece items of clothing for sporting reasons.

Yet even though there were obviously few problems with this type of female clothing in ancient times, it would take several thousands of years before wearing a two-piece for swimming, or at least for sporting activity, became accepted, at least in the Western world. 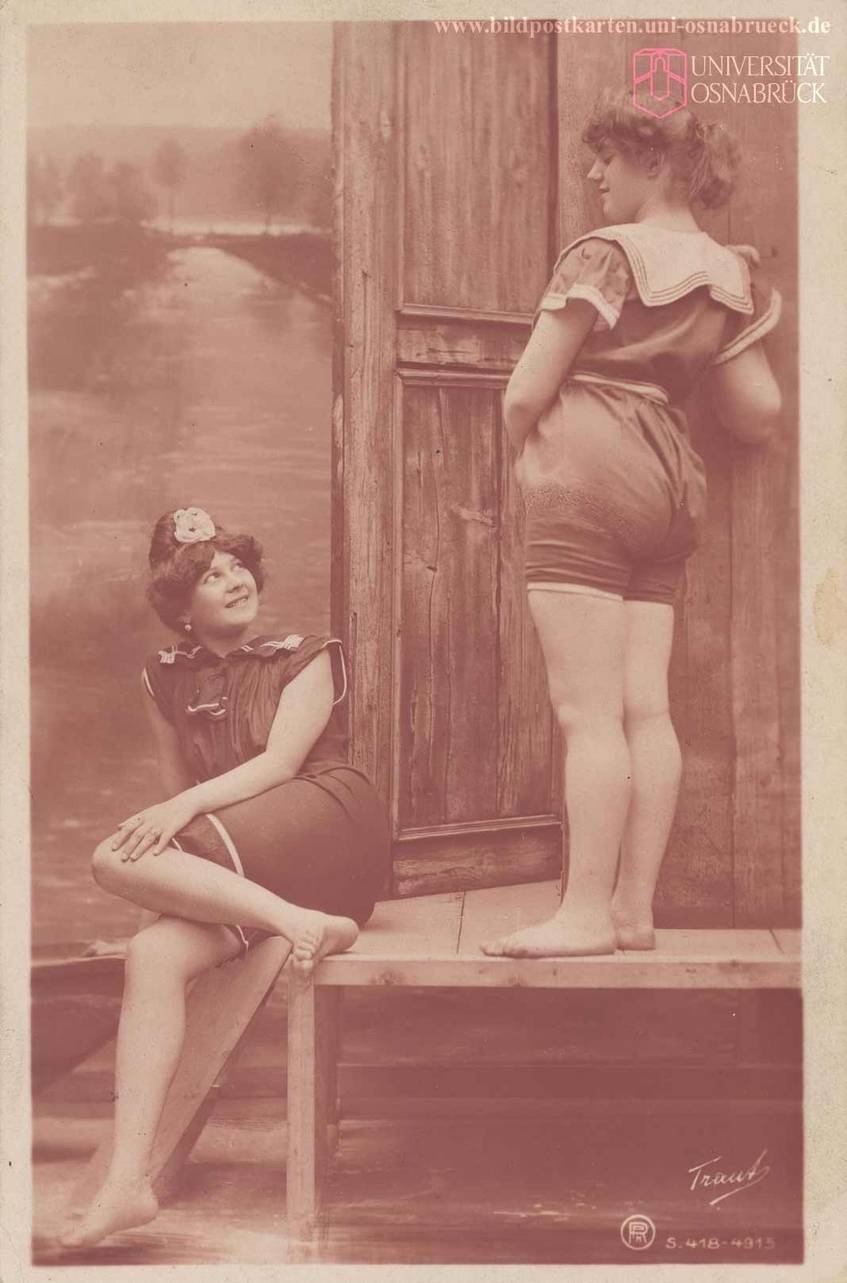 Not quite so long ago in Germany...

At the end of the 19th century, swimming in the sea or in lakes, if it took place at all, was accompanied by decidedly conservative clothing for ladies. A woman wore long dresses, trousers and tops, which she had usually sewn or knitted herself, to take a cooling dip in the water. Fashion only changed slowly. A revolutionary in this area was the Australian swimmer Annette Kellerman, who was arrested on a beach in Massachusetts (USA) in 1907 for wearing a one-piece, close-fitting swimming costume. Kellerman had become known due to her unsuccessful attempts to swim across the English Channel. Now she received quite another kind of attention. 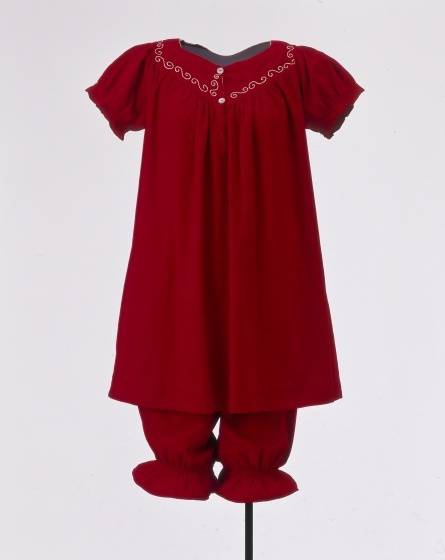 But what was illegal about this fashionable choice of Kellerman’s? The swimsuit, which she was wearing for a swimming competition, was a man’s swimming costume – close-fitting and without sleeves. She was accused of indecent exposure, which is why she was arrested and locked up (for a short time). Her case was a subject of public and media discussion for weeks, but historically it was a step towards female self-determination.

Even in Germany, swimwear moved away from the floor-length dress, which – wet and saturated with water – could be life-endangering for swimmers due to its weight, to at least shorter garments at the beginning of the last century. At the same time, the mantra of an “elegant paleness” changed to become a “healthy tan”, which is why more and more women began to take part in bathing and swimming in increasingly shorter clothing. 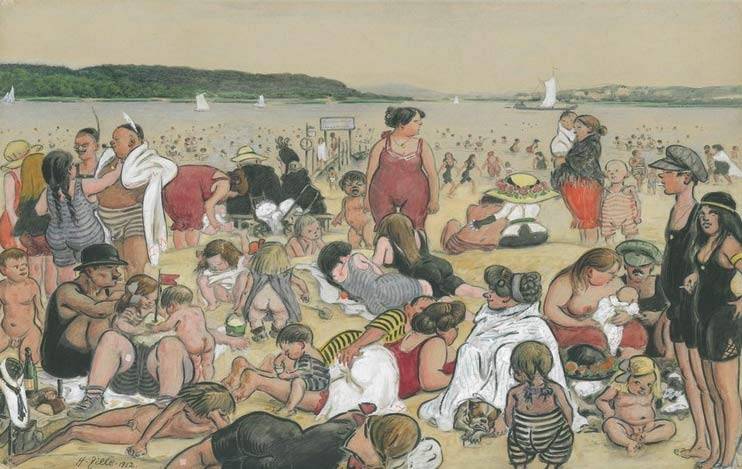 A pleasing development, at least until a Prussian official became aware of the new liberalness. He visited one of the bathing establishments which had evolved from the end of the 19th century onwards and noticed that as soon as the swimwear became wet, the human anatomy of both men and women was displayed practically in its entirety.

And thus on 18th August 1932 the “Zwickelerlass” (English: “gusset decree”) was issued in Germany. The textile gusset (Zwickel) was a triangular piece of fabric which was sewn into the crotch of swimwear, in order to prevent the worst visually. Bathing with a gusset was directed at men, but was accompanied by the decree that women were only allowed to swim in a costume which completely covered the front of their bodies and which had a neckline that only extended as far down as the shoulder blades at the back. Anyone who didn’t follow these rules could have the misfortune to be caught by the “Zwickelkontrolleure” (gusset inspectors). These had had official bathing costumers sent beforehand to their police stations so that they could support their arguments in the event of disagreements with people who objected to gussets (Zwickelverweigerer).

Franz Bracht, the Reich Commissioner responsible for this, died a year later and therefore – fortunately for him – did not live to see the invention of the modern bikini in 1946. 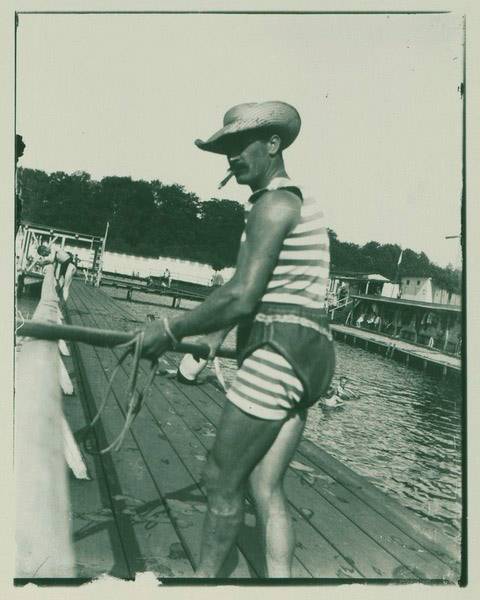 The mechanical engineer Louis Réard worked at the car manufacturer Peugeot up to the middle of the 1940s, before he took over a company for underwear from his mother. With the horrors of the Second World War still clearly in his mind’s eye, Réard wanted to give a little enjoyment of life back to the people, and in 1946 he designed a very skimpy two-piece as a bathing costume for women. He took the American nuclear tests on the Bikini Atoll, which had been reported on by all the media, as an inspiration for the name: the new piece of clothing was called a bikini and, according to Réard’s wishes, it was supposed to make an impact like an atomic bomb.

The marketing coup was successful – but the reactions went in a slightly different direction than expected. Instead of celebrating the boldness of the design, almost everyone was horrified. Réard was only able to engage Micheline Bernadini, a nude dancer from variety theatre, to present the bikini, and she presented it in an accomplished way. Yet the uproar in society and the media reinforced Réard’s point of view that he had created something big. He took out a patent on the bikini only two weeks later. 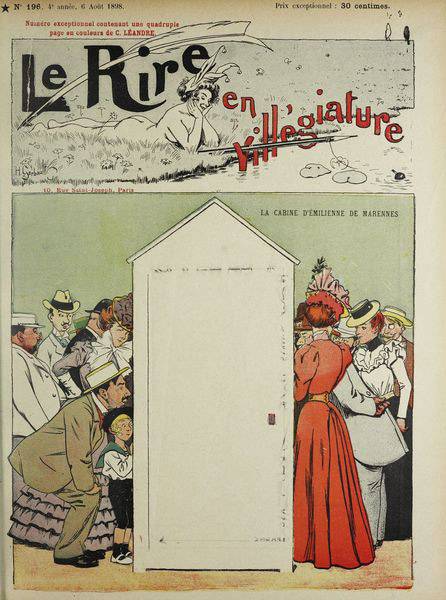 Off the peg sales proved difficult at the beginning. Spain, Portugal and the USA immediately banned the wearing of bikinis; Réard’s home country of France was divided on this. In 1949 women were allowed to wear a bikini on the Mediterranean coast, but not on the Atlantic coast. The turning point came in the 1960s with the time of sexual liberation and women’s struggle for self-determination. Just like the miniskirt, the bikini became part of the emancipation movement and a symbol of freedom.

The bikini no longer shows the history of its origin, which was characterised by furore. The revolution was followed by the mainstream. And the legendary James Bond scene? This has been copied twice in the meantime: in 2002 Halle Berry emerged as a Bond girl in a bikini from the sea in “Die Another Day”; in the subsequent film “Casino Royale”, it was Daniel Craig as Bond himself who likewise came out of the sea. Alas, not in a bikini, but wearing brief, pale blue swimming trunks. 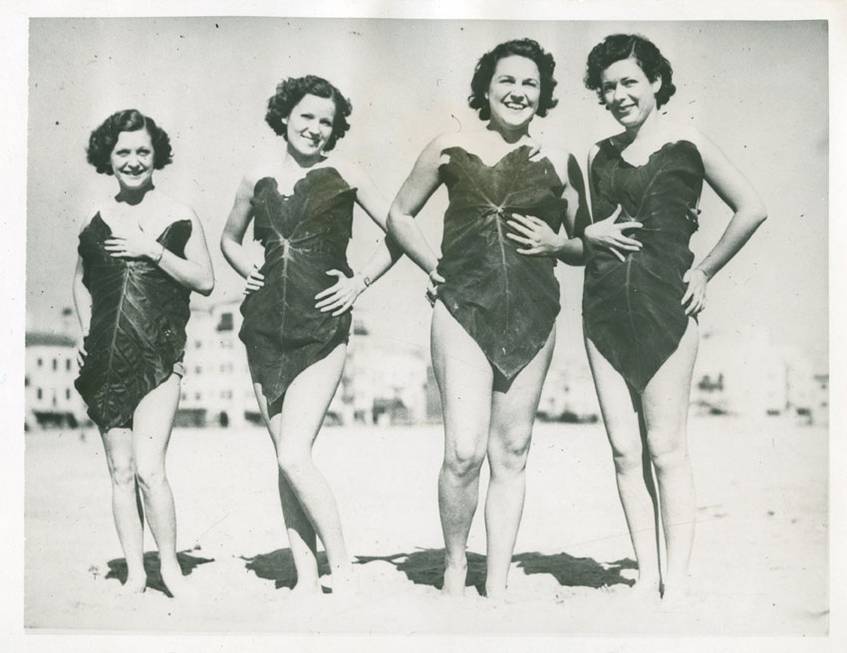 P.S. An article about bikinis without bikinis? The DDB has them here.

With our DDBspotlights we would like to regularly present you with fascinating objects from the Deutsche Digitale Bibliothek (German Digital Library) – and to tell you a fascinating story about them.