From the collections: Erich Mendelsohn

Star architect, visionary, music lover - Erich Mendelsohn’s buildings stood for progress and modernity during the Weimar Republic. Today, they are classics of expressionist architecture. Part of Mendelsohn’s estate can be found in the Kunstbibliothek of the Staatliche Museen zu Berlin (Art Library of the National Museums in Berlin). . These sketches and designs can also be admired in the German Digital Library. 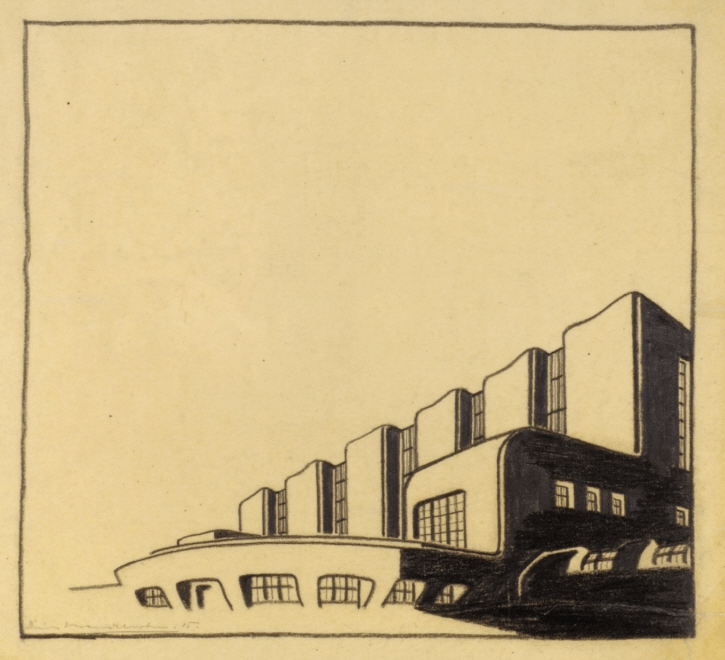 Erich Mendelsohn was born on 21 March 1887 in Allenstein/Olsztyn, around 100 km south of Kaliningrad in present-day Poland. He actually wanted to study architecture from the very beginning, but after his graduation from school, at the request of his parents, he first began to study economics. In 1908, he finally succeeded in convincing his parents, enrolling as a student of architecture, initially in Berlin and later in Munich. While still a student, he designed his first building: the Tahara House in the Jewish cemetery of his hometown.

Apart from architecture, Erich Mendelsohn also showed enthusiasm for modern art and music. As a student, he was active in various groups of artists and had contact with members of Der Blaue Reiter (The Blue Rider) and Die Brücke (The Bridge). He designed stage sets and costumes, furnished carnival balls and worked as a freelance architect. Mendelsohn was part of an avant-garde that sought to change and rethink art and society. 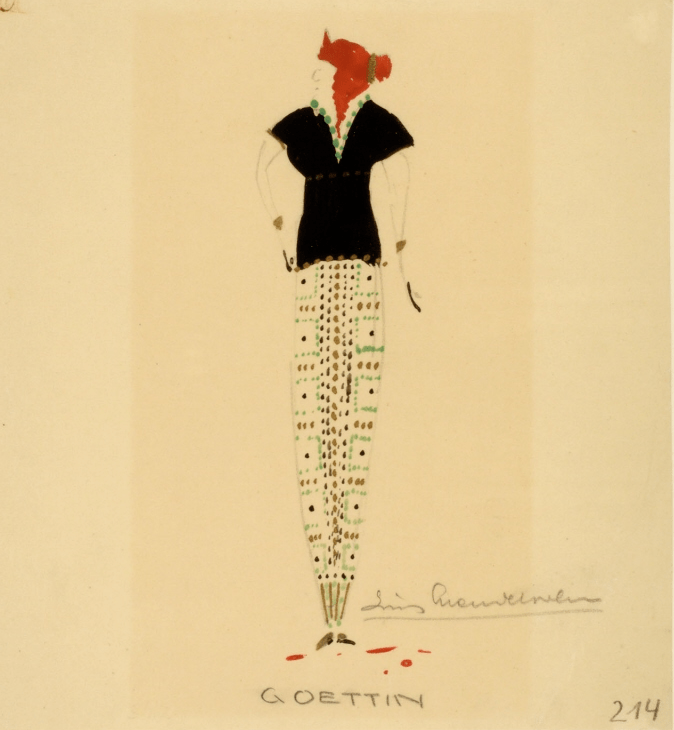 In 1914, the First World War broke out. Although Mendelsohn was initially discharged, he was later conscripted and transferred to the Russian front. He was stationed in the northeast, in present-day Latvia, where the war was somewhat less intense, so that he had also time to read, photograph and sketch. He sent his sketches to Berlin to his wife, the cellist Luise Mendelsohn. 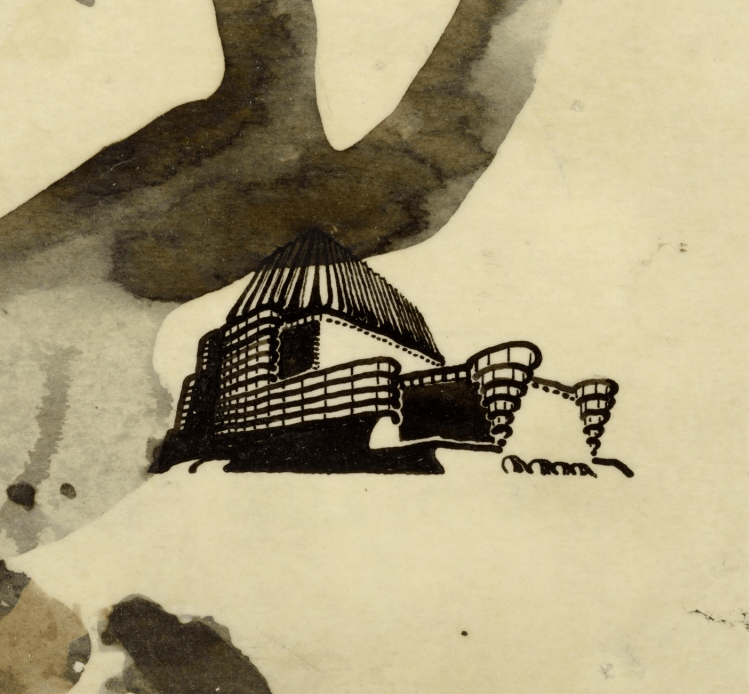 In 1918, Mendelsohn was transferred to France and came down with the Spanish flu: he experienced the end of the war in a Bavarian military hospital. Back in Berlin, he immediately set up his own architectural office, while continuing to gain attention with lectures and an exhibition at the Paul Cassirer Art Gallery. The fact that Luise was excellently networked and had many acquaintances in Berlin also benefited him. Erwin Finlay-Freundlich, for example, a cello-playing astrophysicist, wanted to test Einstein’s theory of relativity by means of his own star observatory. Through Luise, Erich was already in contact with him during the war – in 1919, the plans became more concrete and he was allowed to design the construction. 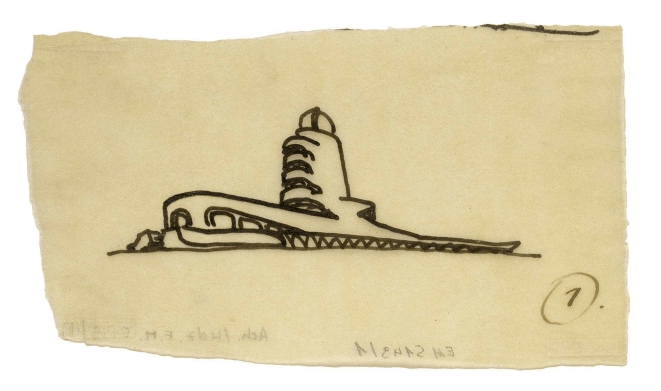 The observatory which quickly became known as the „Einsteinturm“ („Einstein Tower“), was revolutionary for its time and catapulted Mendelsohn overnight to the top of the architectural avant-garde. The construction, however, turned out to be anything but fluent: Mendelsohn was enthusiastic about steel and reinforced concrete, construction materials that were still little tested at that time. The Einsteinturm was therefore constructed from various materials: the tower itself is made of masonry bricks - the dome, exterior walls and terrace are in turn made of concrete. For the sake of visual uniformity, the construction was finally plastered.

Although the different materials form a whole externally, they do not complement each other so well internally. Just five years after completion, the Einsteinturm had to be renovated for the first time. Approximately every ten years, minor and major repairs followed until the tower was comprehensively renovated once again between 1997 and 1999. 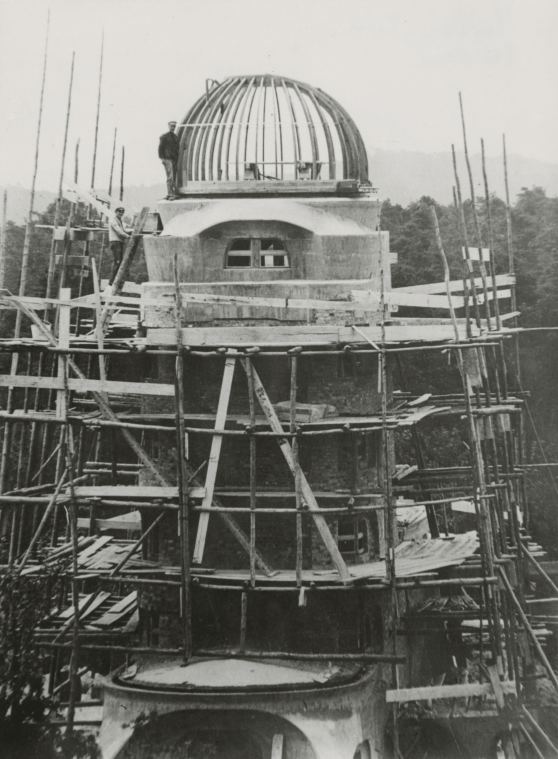 However, Mendelsohn’s good reputation was in no way diminished by this. Even during the hyperinflation of 1923, his architectural office did not run out of orders. He realized the conversion and new construction of the Verlagshaus Rudolf Mosse (Publishing House), the Hutfabrik Friedrich Steinberg (Hat Factory)  in Luckenwalde, the Kaufhaus Schocken (Schocken Department Stores) in Stuttgart, the Metallarbeiterhaus (House of Steelworkers, today IG-Metall) and the Columbushaus (Columbus House) in Berlin, as well as many others. The buildings are visionary, individual and elegant. In 1926, Mendelsohn co-founded the progressive architectural group „Der Ring“, which also included Ludwig Mies van der Rohe and Walter Gropius among its members. 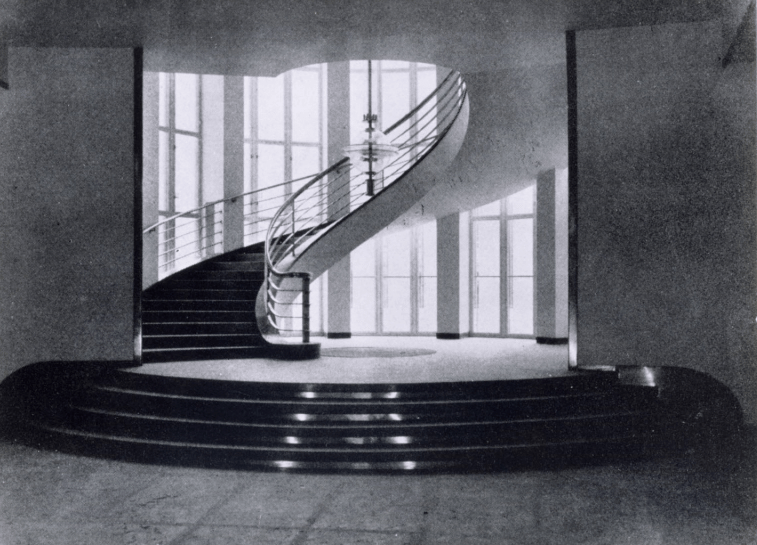 Mendelsohn’s work in Germany came to an abrupt end in the spring of 1933 with Hitler’s appointment as Reich Chancellor.  In the same year, Mendelsohn, who was Jewish, was excluded from the Preußische Akademie der Künste (Prussian Academy of Arts) and the Deutscher Werkbund (German Association of Craftsmen). The family emigrated via Holland to London. In England, he opened a new architectural office together with Serge Chermayeff, which, among others, designed the De La Warr Pavilion in Bexhill-on-sea. The commissions from the British Mandate in Palestine became more and more numerous and so Mendelsohn set up an office in Jerusalem in 1934, commuting between London and Jerusalem before the family completely relocated in 1939.

His buildings in Jerusalem adapted to the geographic and climatic conditions. Here, he avoided reinforced concrete or large windows, building instead with stone or bricks and designing buildings that better withstood the heat. 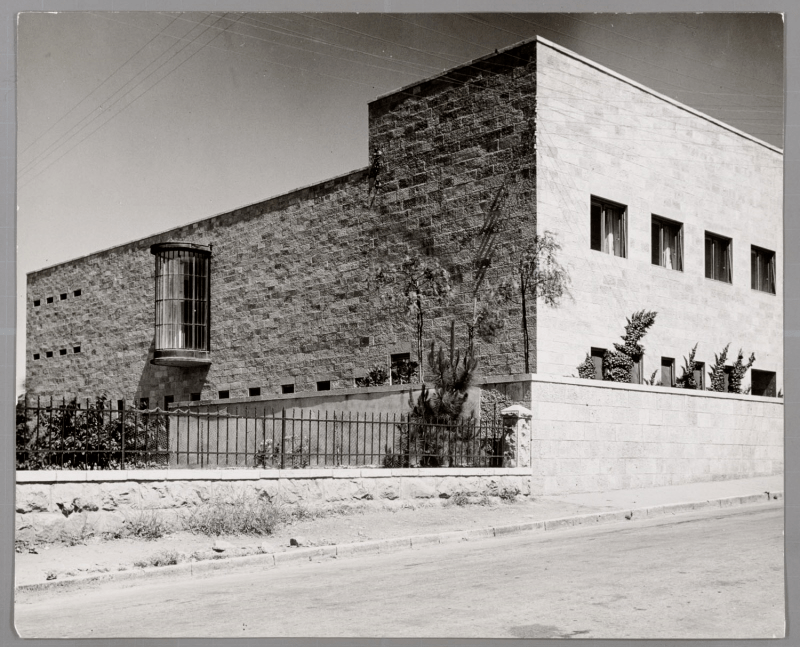 In 1941, the Afrika Korps led by Erwin Rommel approached Palestine, and the Mendelsohn family moved to the US. With the entry of the US into the war, construction projects were drastically restricted, Mendelsohn advised the War Department during the air war against Germany and wrote his book, „A Contemporary Philosophy of Architecture”, which was, however, never completed. After the war ended, the family moved to San Francisco, where Mendelsohn finally set up his last architectural office, with which he particularly built synagogues and community centres. He planned a memorial to the murdered Jews of Europe in New York, but it was never realized. From 1947 onwards, he taught at the University of California in Berkeley. He died in San Francisco in 1953.

Nature and music are a central source of inspiration for Erich Mendelsohn. He sketched natural forms and transformed them into construction drawings. He was particularly known for his sketches of dunes, which were, for example, used in the construction of the hat factory in Luckenwalde. In this way, he not only lent the hat factory an elegant expressionist exterior, but also innovative ventilation. Apart from that, music played a central role in his work. Mendelsohn’s estate contains numerous „musical sketches“: ideas, drawings and sketches which he made while listening to music. In part, he even gave these sketches the titles of the works that inspired him when he made them, such as „Mozart Requiem“ or „Brahm’s Sextet“. Especially when listening to J.S. Bach, the Brandenburg Concertos, the Art of Fugue or the St. Matthew Passion, he sketched regularly. But also as a concert listener, he constantly came up with new ideas, which he immediately recorded. It did not matter whether the concerts took place among close friends or in public, whether he currently had a sketchpad or just a programme booklet available. 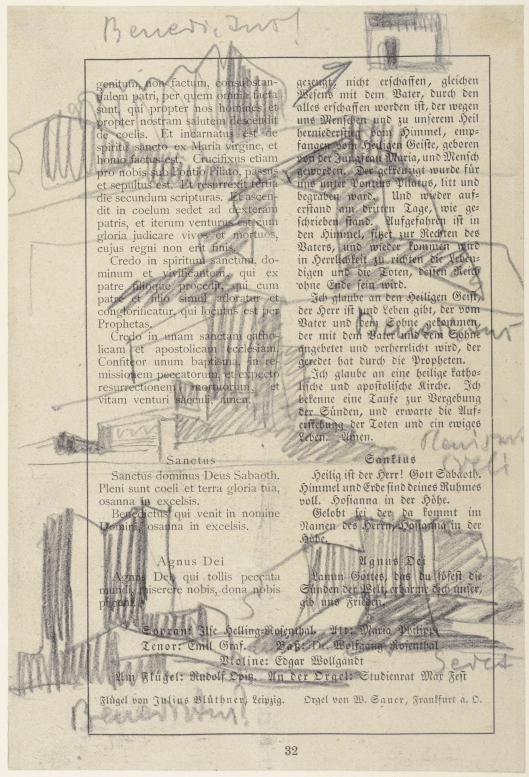 The musical sketches were by no means just gimmicks, they often served as templates for buildings. However, Mendelsohn’s aptitude for transforming the sketches into concrete construction drawings was more limited. He left it to the employees of his architectural office to transform his ideas into constructible buildings.

Mendelsohn‘s fantasy and thinking rarely seemed to stand still. In addition to commissioned works and musical sketches, his estate also contains numerous fantasy buildings, including designs for his own residence, industrial buildings, a dance hall, residential complexes or imaginary bridgeheads that almost resemble spaceships. These dynamics, the mixture of artistic, social and practical thinking characterize Mendelsohn’s buildings (whether realized or not) to this day. Almost one hundred years later, they are still radical, modern and inspiring.

Today, Erich Mendelsohn’s estate is divided between the Kunstbibliothek of the Staatliche Museen zu Berlin and the Getty Research Institute in Los Angeles. With the digital „Erich Mendelsohn Archive“ (EMA), both institutions have joined forces in order to create comprehensive access to his estate. The focus is on the decade-long correspondence between Erich Mendelsohn and his wife Luise. More than two thousand letters have been digitalized, transcribed, and annotated. They can be viewed here.

Erich Mendelsohn‘s sketches from the Kunstbibliothek of the Staatliche Museen zu Berlin in the DDB can be found here.