Joint management of the German Digital Library is complete

As a result, the joint management of the Deutsche Digitale Bibliothek is complete again: Gerke Dunkhase is responsible for the fields of technology, development and service based at the Deutsche Nationalbibliothek (German National Library) in Frankfurt. As head of the Berlin business office, Dr. Julia Spohr has been in charge of the fields of finance, law, communication and marketing, which are based at the Stiftung Preußischer Kulturbesitz (Prussian Cultural Heritage Foundation), since January 2020. Along with twelve other members of the competence network of the Deutsche Digitale Bibliothek, both institutions are striving to make digital cultural heritage freely accessible to all citizens on a cross-sectoral portal.

Gerke Dunkhase studied German, Spanish and educational science at the Universität Hamburg (University of Hamburg). Initially, he was head of department at Axel Springer in Hamburg and in 2002, he founded his own media office, with which he has developed various digital products since then. Here he worked for, among others, the Axel Springer publishing group, the DFF – Deutsches Filminstitut & Filmmuseum (German Film Institute & Film Museum), the Deutsche Nationalbibliothek as well as the Deutsche Telekom, Google Germany or the Gruner+Jahr publishing house. He took over the project and team management for the conception of databases and their components, website launches and was, amongst others, concerned with market research studies. Since 2012, Gerke Dunkhase has been involved in various project branches of the Deutsche Digitale Bibliothek. He managed the working group on presentation and the task force on usage statistics and accompanied the further development of the search functionality on the web portal of the Deutsche Digitale Bibliothek. 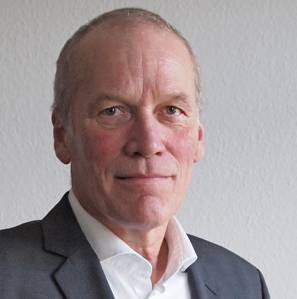 Ute Schwens, Director of the Deutsche Nationalbibliothek in Frankfurt am Main: “It is a great pleasure for us to have found a manager for such a significant network project like the Deutsche Digitale Bibliothek who will bring together and coordinate the technical business fields. Mr Dunkhase will assume this task with his proven expertise and his extensive experience – we are delighted to make our contribution to the expansion of the Deutsche Digitale Bibliothek in this way.”

The Press Release Archive contains all of the press releases by the Deutsche Digitale Bibliothek.