On the basis of photos, the web application “FabSeal” reconstructs historic seals to be printed with the 3D printer. Six weeks after the awarding of the grant, the project team is making great progress. What sounds simple requires enormous technical effort in the background. The six-member project team is now inviting cultural institutions to get in touch to make it possible for their data to be printed (out) three-dimensionally.

At first, the plan was to offer a “pipeline” or upload function on the “FabSeal” website, via which, for example, the museums and archives submit and convert their data. But just setting up and optimising this would take too many resources, and so the six members decided to set up a contact form with which interested cultural institutions can register for this undertaking. Within the framework of the test phase, the institutions can therefore still reckon with personal support from the young coders.

In the meantime, the optimisation of the software for image recognition is progressing, so that the objects photographed can be converted into ever more exact three-dimensional models.

A comparison of the models of two seals. Left: the depth of the heightmap is not fully utilised (see the flat, sickle-shaped surface on the right). Right: an improved version with increased depth, a greater compliance with edges and surface utilisation (CC BY-SA 4.0 International)

The expansion of the “FabSeal” website is at the centre of the further and new development of the project; both the institutions and the users – whether they are technically experienced or not – should be enabled by this to not only print out the seal stamps, but also to re-mix these themselves and design their own seal creations. 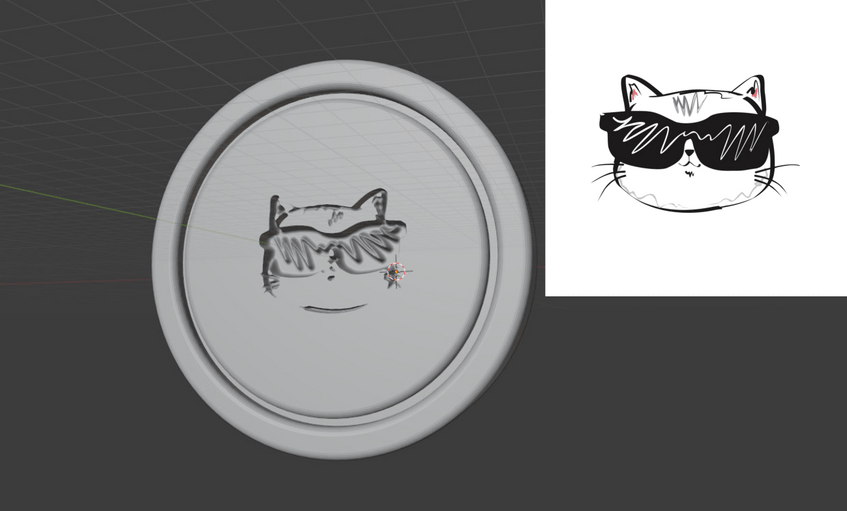 You can find all this information in detail in the “FabSeal” interim report and on the grants page.

To the interim report.