Making a museum part of the internet: an interview with Seb Chan

From 11-13 February 2015, the EuropeanaTech conference was held at the National Library of France in Paris. During the two days, Joris Pekel, Community Coordinator for Cultural Heritage, interviewed a number of speakers attending the conference to learn more about their work and their vision for the future of digital cultural heritage.

First in this series is keynote speaker Seb Chan, Director of Digital & Emerging Technologies at  Cooper Hewitt, Smithsonian Design Museum. Seb led the team responsible for the digital transformation of the institution while it was closed for renovation and rebuilding. The Cooper Hewitt closed for a complete renovation in 2011, reopening to the public in December 2014.

Hi Seb, thanks for joining us. My first question: how are you doing and what is keeping you busy these days?

Hi, thanks for having me. So, we have just opened the Cooper Hewitt again which has taken up a large chunk of my last three years. My team and I have basically been working and thinking hard about how to make the museum a part of the internet. For this task, we were forced to ask ourselves the question, ‘What could a museum be, both online and offline, and how can the offline space be cognisant of the online space?’ So when I am a visitor in the museum, rather than denying the existence of the internet, actively encouraging a blending of both. Our challenge was to create a platform that facilitates this. 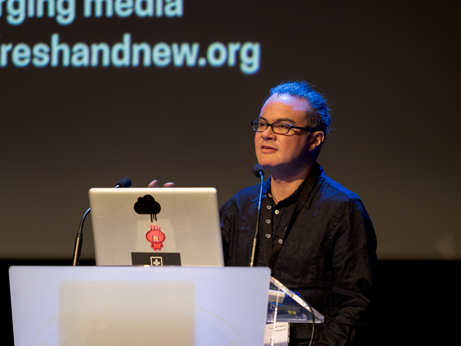 So the museum gave you a free pass to research and work on this idea of making it a part of the internet?

We had a timeline of course. We had to open the museum in three years and we needed to come up with an idea of what the museum should be like and what is actually achievable. We worked with an amazing set of teams on this huge task. What we ended up doing is building an API for everything in the museum and then forcing other design firms to work with that. It has allowed them to focus on the interfaces while we were focusing on the structure. This has opened up a lot of doors and it is interesting to see how both they and the public have been using that API to do other things, in particular after they have seen what other people did with it.

So, right now, everybody has access to everything in the collection?

Yes, and not just the collection, but also everything that is on exhibition. So if we do an exhibition with material from outside of the Cooper Hewitt, those works also need to be made accessible through our API as well. This shifts the conversation from ‘having the stuff’, to ‘what can we actually do with it’; the same goes for the metadata. Institutions tend to put a lot of attention on what will happen to their data when they give it away, but the metadata by itself is only meaningful in a very limited way. What are you going to do with it is what is important. The metadata is the raw material, the unprocessed iron ore. This is not going to make the sword. It can be used to make the sword but it is not, in itself, valuable.

I think that this is the challenge for aggregators, and also the challenge for museums that put their collections online and share their metadata. Metadata by themselves are not equivalent to ‘stories’, they are just raw stuff, and they are generally minimalistic and very boring. Therefore the interfaces we designed at Cooper Hewitt, online and in the galleries, are purposely playful and start from a position of: ‘okay, this is all the documentation we have, how much can we get from it?’ What can we do with it to make it more than just a database? Because, honestly, I don’t go to a museum to read a database. I think today there is still too much talk within institutions about getting their metadata right and I think, ‘well yes, but that is not the end goal. It is not the purpose of this.’ Just ‘a database’ is meaningless for visitors and the public.

Would you argue that a cultural institution should publish everything they have and allow others to find a use for the data, or first think about its use case and prepare the data accordingly before publishing?

I think you do both. My view is you give it all away and you make your value as an institution in creating a space, both online and offline, that tells stories with a curated selection of that material. Those stories are for particular audiences and should be crafted to resonate with them in particular ways. Cultural heritage institutions are also there for preservation. So we need to say to the public that we have [their heritage kept safely] by giving the data [that we have about it] away. Institutions need to realise that they are more than just a warehouse. More and more museums, including ours, have effectively started giving away their warehouse inventory list. But what’s next? Let’s make the comparison with retail. When you ‘go shopping’, it is a social event. It is not just to ‘go and get the thing’, otherwise these days I would order it online. And even the online buying experience is slightly different now. If it is purely transactional, I’m going to be looking for just the lowest cost. But if you are a retailer that tries to do something more than [just offer] the lowest cost you make it into an ‘experience’.

For me, the core is keeping and presenting things that matter to a particular community for that community. These communities can be anything: national, regional, or a particular sub-interest group. And the internet is changing all of that. It gives you the ability to change what you collect. It gives you better insight into what you should collect and preserve, and it gives you new ways to present things. Museums are both preservation and presentation spaces and that applies both online and offline. The exhibition halls and buildings we have, they are there for a purpose. They are social spaces. Museums are not just a bunch of things on shelves, but, unfortunately I still feel that many museums think about presenting their data as putting things on shelves, and it should not be like that.

We haven’t come up with a better general interface than search for presenting vast collections, but we know that search is not the best way of doing things. It might be the best way if you know what you are looking for, but it is terrible for everything else. We need to find new ways to humanise those interfaces and that is what a lot of us in the sector are trying to figure out. The next phase is that these interfaces are now becoming present in our building and not just online, and that is a good thing. 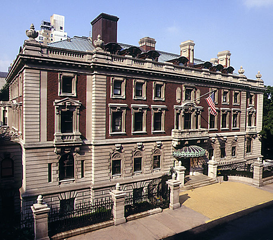 How do you feel cultural institutions should make their digital collection available?

For me, it is about them understanding what their role is, and that their role is not to be a warehouse. What you are basically asking for is their ‘warehouse data’. They should share that and get on working on running their shop front and channeling more people to that shop front. The first thing I did when I started a Cooper Hewitt was to give away the entire collection. The reason I did that was to quickly shift the conversation away from ‘this has to be perfect’ to ‘this does not matter’. Because once we gave it away everybody had to accept that it would never be perfect and what actually mattered is what you did with it. When you ask curators what the use of a catalogue is they will often say it is for research and for them to find out where things are to put things on exhibit. So what really matters is your research and what you put on exhibition. So let’s just you focus on that and aggregators will take and make the most of the other bit.

People need examples, people need to see it hasn’t hurt them, that it did not hurt other institutions and they need to see it from institutions that they respect and that are in their field. I think we currently see a massive paradigm shift, and more institutions see that opening up their data actually frees up the space to work on what they are all about and what they do best. Holding on to your warehouse data is not part of your role. It is to help people to preserve the past and make people understand their past and the future. What Europeana basically says to the institutions is, ‘hey we can help you make you get more out of your warehouse data, you just keep doing what you are good at.’

So last question, how did you find EuropeanaTech?

It has been really good! I have heard of many interesting projects I wasn’t aware of, and spoken with a lot of great people. It is good to hear about how Europeana has changed over the years. I have been following Europeana since it started and it is interesting to see the different waves it went through and the different ways it has tried out different things. It feels like it has learned a lot from those experiences. I also think that there is still a long way to go. This work is never actually done. I think the climate has quite radically changed over the years. The consumer discussions have moved on from some of the objectives Europeana might have had in the past and that is a challenging thing, for everybody. Just as much for the content providers as it is for the aggregators. So this work will remain important.

Alright, I guess you need to go and give your keynote now. Good luck!