A new virtual exhibition: "The Cinema of the First World War: Insights into the transnational media history"

With these words, curator Felix Schürmann from the Deutsches Filminstitut (German Film Institute) in Frankfurt am Main introduces the new virtual exhibition of the Deutsche Digitale Bibliothek (German Digital Library) and explains why the name of the exhibition refers explicitly to a "transnational media history": as strictly opposed to the encompassing nationalization of the film industry with the start of the war, filmmakers and audiences were used to an international program and such conditions of production in the past. Faced with rigid state borders and similar problems in the productive work, which were induced by war, the film industry of individual countries comes to surprisingly similar answers with regard to the formal design, content patterns and economic and propaganda strategies of film production.

With 120 film clips, photographs and posters in 20 chapters, the virtual exhibition accentuates the commonalities and similarities of the different countries in the film production. 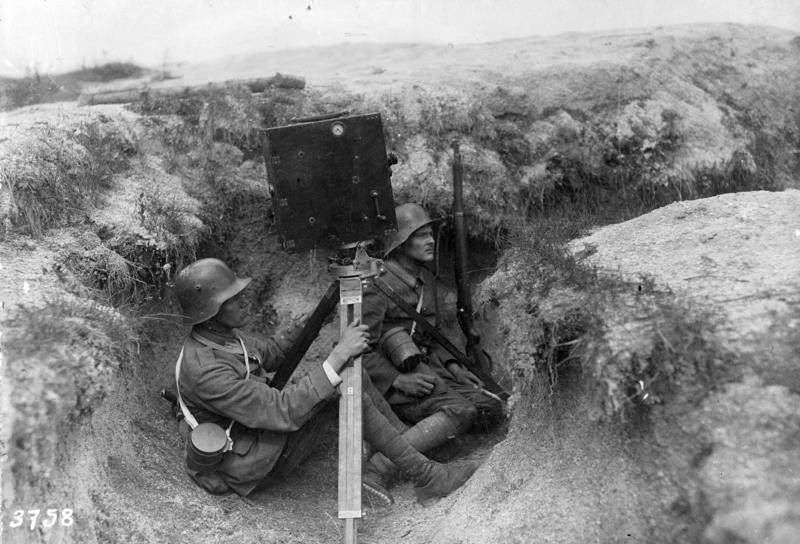 While the "star system" in Europe was still in its infancy, the actors in the United States had already established their status as a star. Well-known film stars of those times such as Marie Dressler, Theda Bara or Charles Chaplin not only publicly supported war bonds but also shot advertising films for the Federal Reserve System. The virtual exhibition shows film clips and set photographs from German, British, Italian and American movies, which used the popularity of famous actors for propaganda among the population.

In addition to the use of film stars, the creation of an enemy concept was an important propaganda technique. Particularly in the United States and France films depicted Germans as barbaric, bloodthirsty mob; they showed, for example, German soldiers who executed children and threw babies out of windows. In contrast to these crude forms of propaganda, the German Bild- und Filmamt established by the Supreme Army Command focused on so-called "Tendenzdramen” (topical plays). They were aimed to provide superficial entertainment and subtly communicate war message. To do this, the Universum-Film AG, abbreviated Ufa, was founded in 1917. This plan was not supposed to become public because Ufa soon specialised in "pure entertainment movies and largely ignored its political mission," explained curator Felix Schürmann.

"Do not abandon those just outside your door! – If you don’t care about the front, the front cannot protect you” is the message of a German advertising film for war bonds from 1916. Especially in Germany and the UK, where the population at home never dealt directly with military operations, the task was to establish a connection between soldiers and civilians. Home, front, home front. For example, soldiers on the front were shown the same programs which one could also watch in civilian film shows to prevent an "alienation" from home. 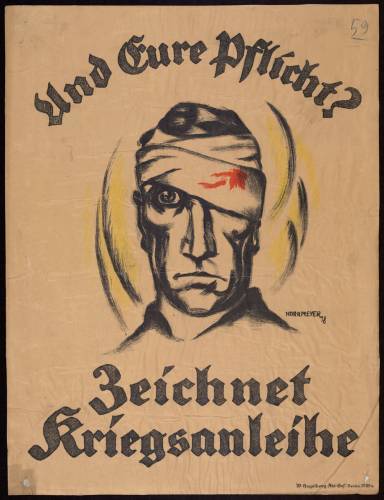 "And your duty? Subscribe for war bonds” Showing the suffering of front-line soldiers, this poster calls on civilians to sacrifice. Archive of the Land Baden-Wuerttemberg (CC BY 3.0 Germany)

As the Pictures learned to lie

Next to movie stars, enemies and the front line, the exhibition guides through numerous other topics: from invisible cameramen, new genres (the spy film!) and traditional gender roles through to typical propaganda techniques and the use of "current" archive recordings. Priorities are set by those "In focus" chapter: to cameraman Wolfgang Filzinger, to the actress Henny Porten and to church ruins as motif icons, they give a deeper insight into film production and work in different countries during the First World War.

A virtual exhibition that provides a comprehensive picture of this part of the history of the media with clear words and many historic film and photographic materials – see!