The Filmarchiv (Film Archive) of the DFF - Deutsches Filminstitut & Filmmuseum (German Film Institute and Film Museum) in Frankfurt/Main preserves important collections on different thematic aspects of film history and film production. Feature films, short films and documentaries can be found among the approximately 20,000 cinematographic works, but also amateur and experimental films. A collection of amateur videos by the inventor and film pioneer Julius Neubronner from 1900 to 1918 is now also available in the Deutsche Digitale Bibliothek (German Digital Library). 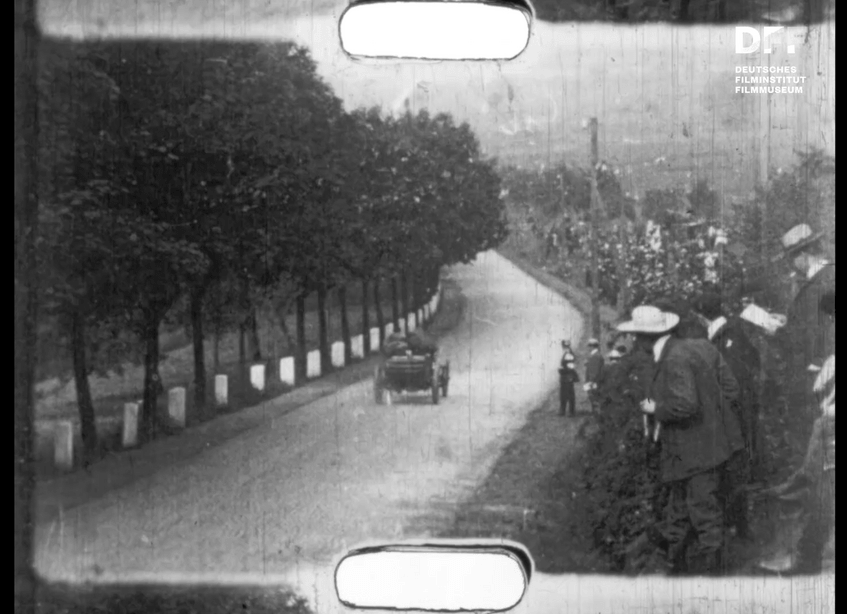 The collection was handed over to the Filmarchiv of the DFF in 1991 by Julius Neubronner’s son, Carl Neubronner. The total of 66 videos comes from the DFF’s high-resolution digitisation and restoration, which was funded in 2018 by the Staatsministerin für Kultur und Medien (Federal Minister for Culture and Media – BKM); they are all in the public domain.

Julius Neubronner cannot be placed into any one particular category. Born in Kronberg in Hessen in 1852, he was a pharmacist, inventor and a pioneer of photography and cinematography, all at the same time. After studying Pharmacy and Chemistry in Giessen, Heidelberg and Berlin, Neubronner carried on running his father’s pharmacy as his main profession and devoted himself to inventing as a sideline. Thus, for example, he developed dry adhesive tapes, with which he glued glass plates together for laterna magica (magic lantern) presentations. This resulted in the founding of the company of Neubronner GmbH & Co. KG in 1905, a factory for dry adhesive material, which was eventually carried on by his youngest son, Carl Neubronner (1896-1997). 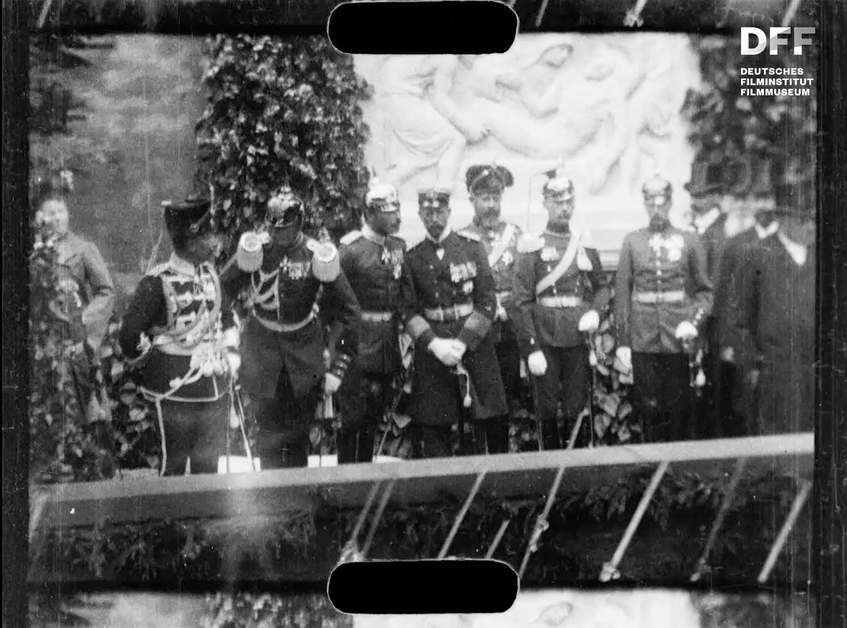 But this wasn’t all: in 1908, Neubauer took out a patent for pigeon photography. With this, pigeons were equipped with small cameras, which made aerial photography possible. As obscure as the idea may appear to be today, it delivered spectacular photographs at the beginning of the 20th century and attracted attention beyond Germany. Neubronner presented his invention at the International Photographic Exhibition in Dresden and at the International Airship Exhibitions in Frankfurt/Main and Paris. Pigeon photography was even tried out for air reconnaissance in the First World War - an undertaking which did not, however, prove to be successful.

Neubronner’s inventiveness was also evident in his amateur films. He was in possession of an Ernemann Kino II, a camera which had been developed for the amateur film sector and which, similar to the Cinématographe Lumière, could record, play and copy. With a height of 15 cm and a depth of 14 cm, the Ernemann Kino II was very easy to handle and it worked with 17.5 mm filmstrips, which were only half as large and therefore also cheaper than the usual 35mm film. 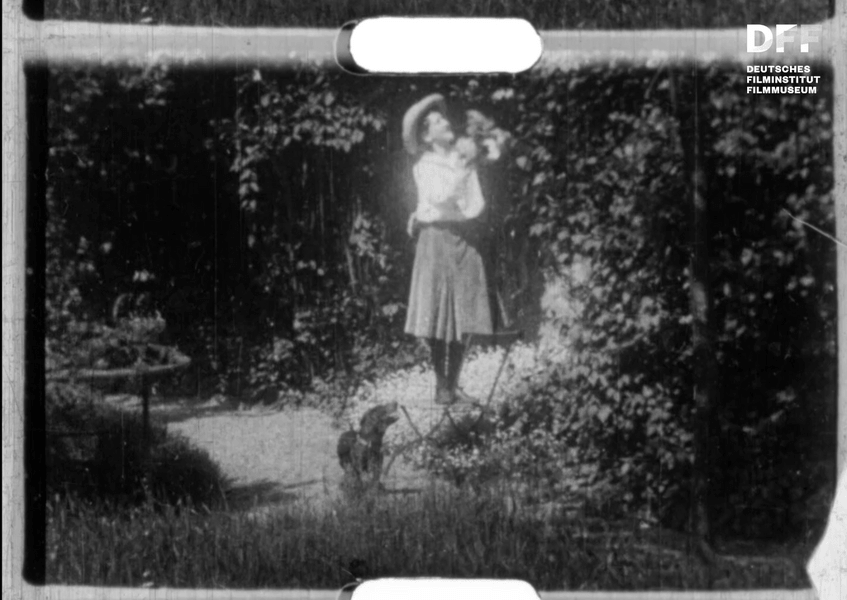 The focus of Neubronner’s films was on his family and on everyday life in Kronberg and its surroundings, as well as on famous personalities and events in the region. In the collection, we find simulated family walks together with dancing gentlemen und carnival parades. As a result, the films are not only a unique contemporary document, but they also let us participate in the Neubronner family life. In “Dodo and dachshund Waldmann next to a lilac bush”, Neubronner‘s daughter Dodo is plucking lilac, accompanied by the family dog. In 1918, Neubronner then filmed Dodo’s wedding. In addition, he made short feature films using trick technology.

In terms of content, Neubronner’s films are hardly different from those of the Lumière brothers or of Georges Méliès, a master of early trick technology. Just like Neubronner, the Lumières began by documenting street scenes, special events and their everyday family life. Julius Neubronner also used stop tricks for his sketches and magic tricks, just like Georges Méliès. In doing so, a setting is recorded, for example Neubronner waving a magic wand with grand gestures. In a second step, the camera is stopped and the image changed – for example, a top hat is placed on a side table. After that, the camera is switched on again and in the finished film the impression is given that the top hat has appeared out of nowhere. 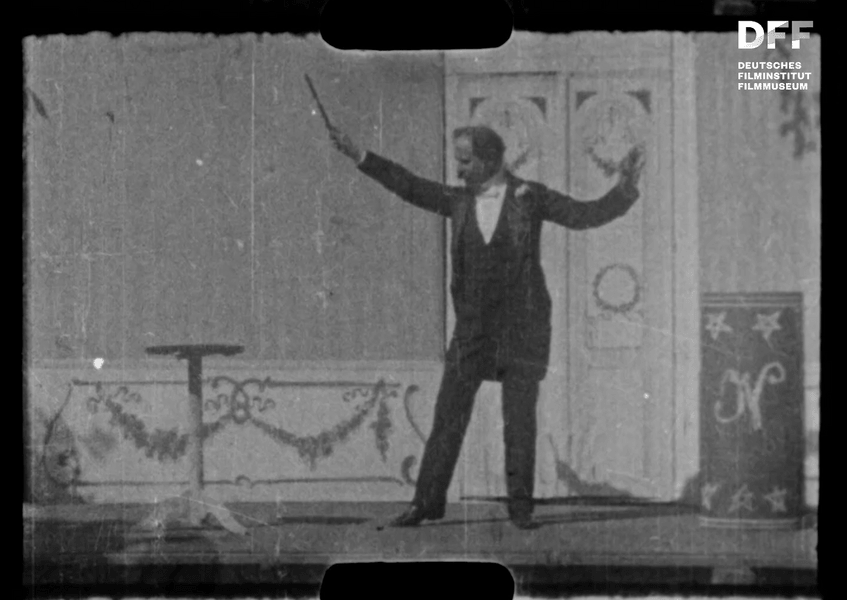 Apart from stop tricks, Neubronner also used early montage techniques - thus he was one of the pioneers of modern film editing. In the 1903 “Luftnummer” (aerial act) ,he used a form of montage which told a continuous action in two different places. The film begins with his sons, who bow first of all, which is customary for a circus act, before the former disappear out of the top of the picture by means of a block and tackle. A change of scene follows with a trapeze act, before the sons lower themselves down again on a rope and the film returns to the first setting. 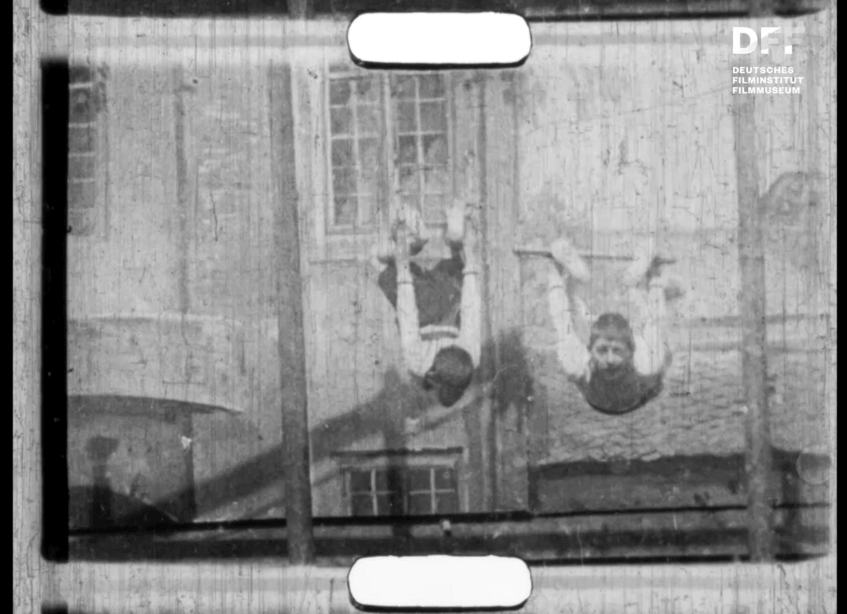 In the days of the early cinema, there was less differentiation between professional and amateur films. Then, just like today, amateur films were characterised by the fact that they were intended for private use and not for the public. Today, there is also the fact that professional production and distribution companies are not involved in amateur productions. Julius Neubronner showed his films primarily among his family and friends and commented on them live. They show in an exemplary way that the amateur film is not necessarily of low quality. Quite the contrary: Neubronner’s films have just as much charm, humour and inventiveness as the works of his professional colleagues.

Do you want to see more on dachshunds, royal celebrities or soap box races? Click here for Julius Neubronner’s films.