From the Archivportal: "Focus on – The Subjection of the Military to Imperial Interests in 1919"

In the section “Im Blickpunkt” (“Focus on”), we present special highlights from archives represented in the Archivportal-D. These selected archival documents give an insight into the holdings and offer research suggestions for a possible search in the Archivportal-D or in the theme portal “Weimarer Republik” (“Weimar Republic”). This month, we are pleased to present a contribution from the  Hauptstaatsarchiv Bayern  (Main State Archives of Bavaria) on the subjection of the military to imperial interests in 1919.

From the Bayerisches Hauptstaatsarchiv, Munich

The safeguarding of national interests by Bavaria, Saxony, Wuerttemberg and Baden

The end of the First World War and the revolutionary upheaval of 1918/19 also meant the end of the military sovereignty of the German states. In the interest of the unity of a future German army, Prussia, Bavaria, Saxony, Wuerttemberg and Baden relinquished their military reservation rights in favour of the German Reich (empire). In return, however, the South German states of Bavaria, Saxony, Wuerttemberg and Baden demanded that some of the “principles” in the new defence law to be drafted were to take into account the preservation of their interests.

They set down their demands in a jointly formulated agreement. This included, among other things, that the state governments should propose the state commandants to be appointed by the President of the Reich. Within their duty area, these should be responsible for safeguarding the interests of the respective states. The military units provided by the individual states should also form a closed association of fellow-countrymen in future, whose commander in Bavaria was intended to be the state commandant. 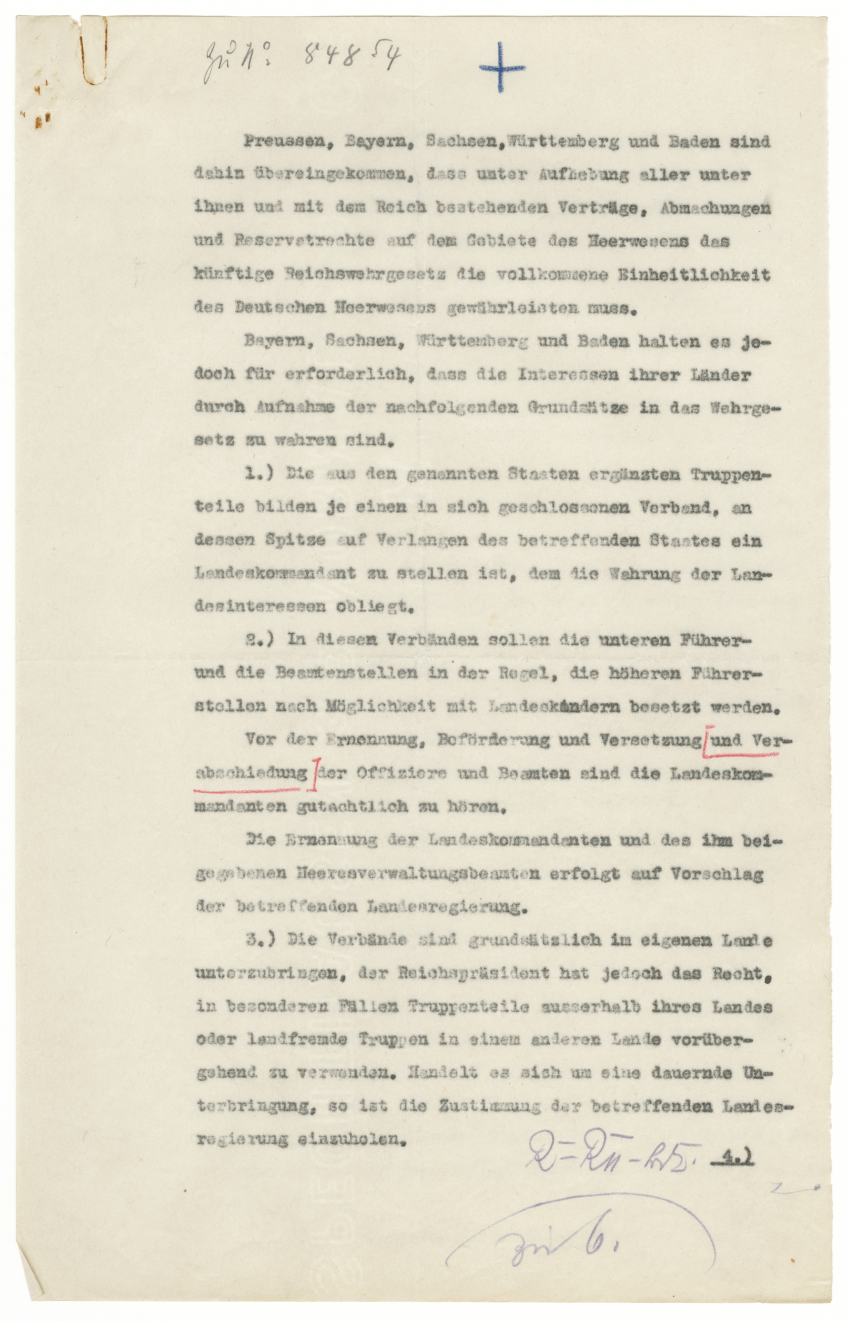 The agreement of the states on the future design of the army, [1919], print, 3 pages, typescript. Bayerisches Hauptstaatsarchiv, MKr [= Kriegsministerium = War Ministry] 14550_1

Regional affiliation was also supposed to be expressed in the designation of the units (e.g. “7. (bayer.) Division” (“7th (Bavarian) Division”)) and – externally - by taking the state colours into consideration, for instance in emblems such as the cockades on the caps. Moreover, the state governments expected to be listened to in construction, procurement and supply management.

The Bavarian military representative Franz Sperr was informed by the (Prussian) War Ministry in a letter dated 17th June 1919 that the imperial government agreed to these demands and that a “Reichswehrgesetz” (“Imperial Defence Law”) drawn up along these lines would be proposed to the Germany National Assembly. 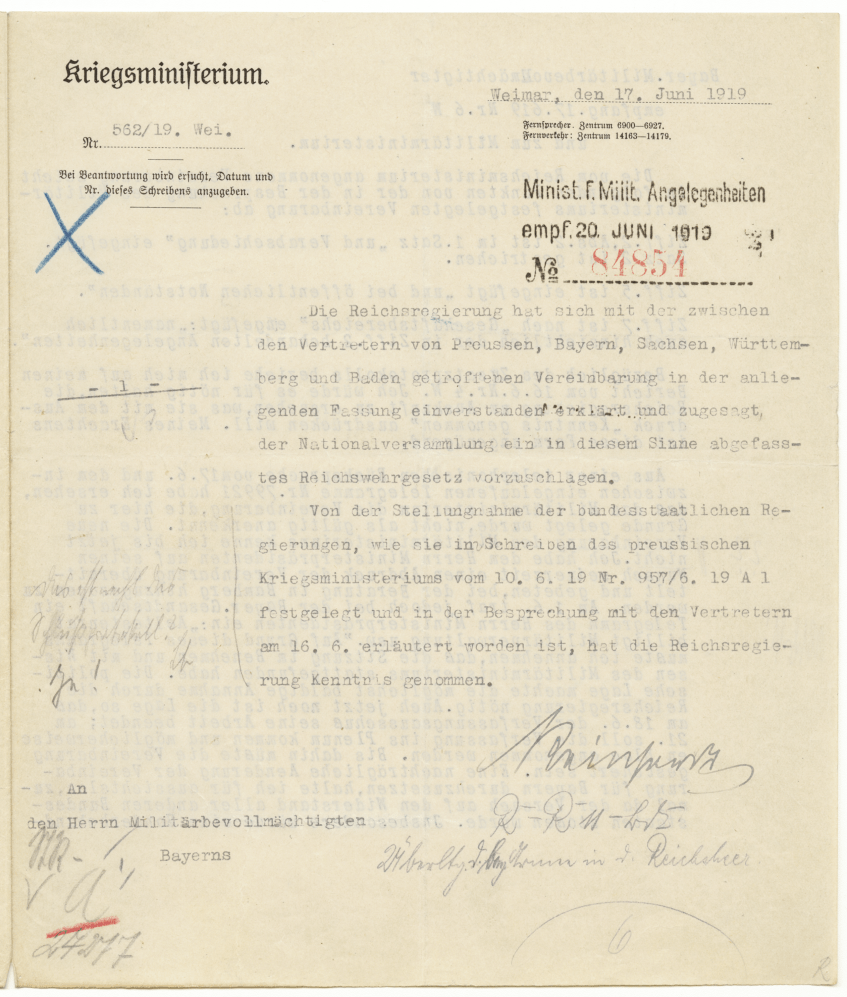 We would like to thank the Bayerisches Hauptstaatsarchiv for making the texts and the archival documents available.

If you are interested in further sources on the  Reichswehr  (Reich Defence) in the German Reich or in other states of the Weimar Republic, select °Reichswehr from the A–Z Index and combine this thematic keyword with the geographical references Deutsches Reich, Freistaat Bayern  (Free State of Bavaria) or Freistaat Sachsen  (Free State of Saxony) etc.

You can find further sources on the keywords Reichswehr and Vorläufige (provisional) Reichswehr in the object gallery on the homepage of the theme portal.