Coding da Vinci: The Winners of the Niedersachsen 2020 Scholarships have been decided

"FabSeal" and "Plantala" are the projects from the Coding da Vinci Niedersachsen 2020 (Lower Saxony 2020) hackathon which have now been each awarded two of the total of four scholarships for the further development of their applications.

The six-member project team of "FabSeal" were convincing with a web application which enables users to recreate the historic lacquer seals from the Paul Arnold Grun collection with the 3D printer or the laser cutter. Using only one digital photograph, a detailed historic copy of the original seal can thus be created. Within the framework of the scholarship, the algorithms should be expanded and a website developed with precise working instructions. In addition, the team wants to explore the possibilities of transferability to other objects and data and to develop new target groups for dealing with historic exhibits by means of their own workshops.

"Plantala" focuses on the relaxing power of creative working with digital image elements from botanical drawings. The users make use of a component library to design an aesthetically pleasing mandala. The segments can be changed and adapted as to size, rotation, number and position with the help of the web application. The data set used is based on the educational chart of the University of Göttingen. For all its relaxation, the users can look up information on the plant structures used. The scholarships provide for the further development of the software, the transferability of the prototype to other data and the establishment of a media station.

The decision of the jurors was unanimous that both projects have a high potential for success for distributing their applications. Both of them appeal to the senses of the users in a special way: with "FabSeal" it is the literal "ability to touch" the objects; with "Plantala", the playful, independent and creative approach to the collection. The jury also expects a positive effect on the visibility of digital cultural heritage from the workshops for manufacturing the seals and the establishment of a media station for designing and printing the Plantalas. 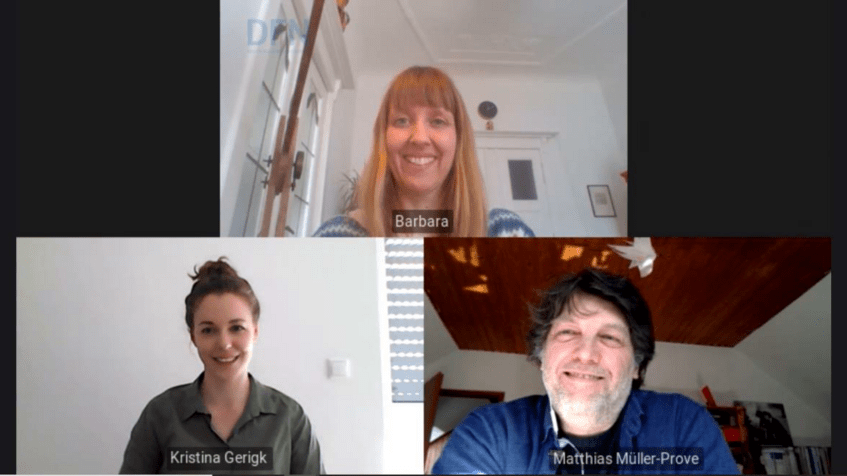 The composition of the jury is changed after every hackathon. This time, the following experts decided on the awarding:

Barbara Thiele, Head of the Digital & Publishing Sector in the Jüdisches Museum Berlin (Jewish Museum Berlin) since 2016. Together with her team, she is responsible for the planning, management and coordination of the digital transformation of this establishment as well as for the museum’s publications. Before this, she was the manager of a start-up in the self-publishing sector.

Kristina Gerigk, studied History of Art, History and Historic Ethnology in Frankfurt am Main as well as Cultural Management in Bremen. After this, she had various work placements in museums and was a volunteer at the Municipal Museums Oldenburg as well as being a freelance worker for the City of Oldenburg Museum. After an intermediate station in marketing and communication in the digital sector, she is currently working as Senior Project Manager for OmniBot (a company which develops voice-controlled assistants and chatbots on the basis of AI).

Matthias Müller-Prove (Graduate Computer Scientist), freelance interaction designer and founder of the Chrono Research Lab, in which the access to Coding da Vinci and other openGLAM data sets is frequently designed.